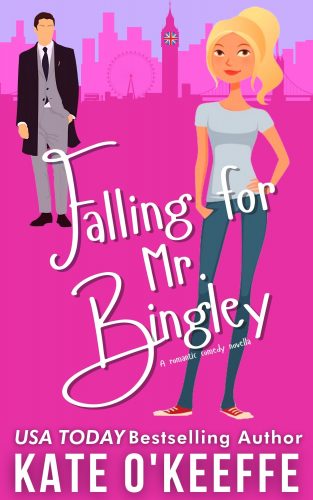 Phoebe Wilson is a total romantic. As in she’s read Pride and Prejudice fifty-one times, her favorite movie scene is the boombox serenade in Say Anything, and she goes to sleep every night certain that one day she’ll meet her prince and get her happily ever after.

That’s why she entered the reality TV show, Dating Mr. Darcy. Everyone knows Mr. Darcy is the most romantic hero of all time, so the guy posing as him has got to be as close to perfect as any guy can get.

The only problem is it’s not Mr. Darcy who’s got Phoebe’s pulse rising. It’s his best friend, Johnathan Bentley a.k.a. Mr. Bingley, the show’s presenter. Not the bachelor.

Despite knowing she’s breaking the rules, Phoebe begins to snatch secret moments alone with Johnathan. But when someone discovers them, things begin to get complicated.

Falling for Mr. Bingley is a Love Manor Romantic Comedy series spin-off novella and can be read as a standalone story. 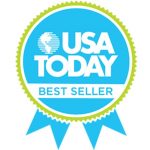 ★ ★ ★ ★ ★ “A sweet funny and witty story about a young ballet teacher trying to find Mr.Darcy but ending falling in love with his best friend Mr.Bingley.” – Goodreads reviewer

★ ★ ★ ★ ★ “Kate O’Keeffe has a wonderful way of inviting the reader into the dating scene with a present day twist and keeping you enthralled to the very end. Plus, who doesn’t want to enter the world of Jane Austen?!” – Goodreads reviewer

★ ★ ★ ★ ★ “Phoebe and Johnathan’s story is a love at first sight romance is a perfect afternoon read that will leave you wanting to find your own Mr. Bingley!” – Bookbub reviewer 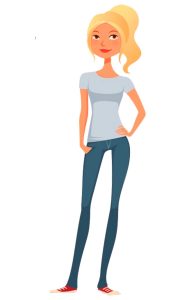 Have you read the first 3 titles in the series? They focus on reality TV show contestant Emma Brady and her enemies to lovers romance with none other than Mr. Darcy himself (okay, the guy posing as Mr. Darcy on the reality TV dating show, but he’s a lot like him!). Check them out:

Book 3: Falling for Another Darcy