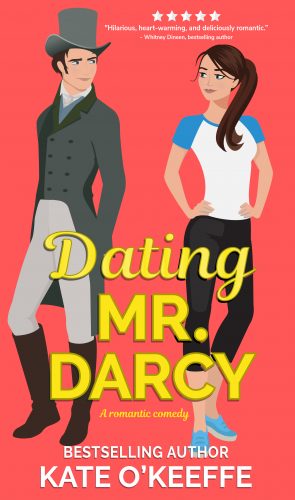 Is it a truth universally acknowledged, that a girl must compete on reality TV to win a modern-day Mr. Darcy’s heart?

Clothing designer Emma Brady is having serious doubts about how far she’ll go to promote her new activewear line. Sure, being on a reality show would be great for business, but is putting up with Mr. Darcy-wannabe Sebastian Huntington-Ross really worth it?

Sebastian is straight out of an Austen novel. But it’s hard to focus on his chiseled jaw, broad shoulders and wickedly sexy accent when all Emma can see is his pride, arrogance, and smug demeanor.

But Sebastian has a secret reason for being on the show, and when Emma figures out what it is, her heart warms to him—without her permission.

Will Emma hold fast and keep the aristocratic Sebastian at arm’s length? Or will she put her reservations aside when the lines between reality and “reality show” start to blur?

Dating Mr. Darcy is the first book in the new fun and feel-good series, Love Manor Romantic Comedy Series. The second book in the series is called Marrying Mr. Darcy, and is on pre-order right now here. 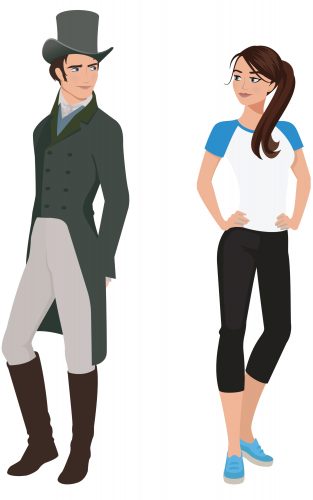