Three friends form the No More Bad Dates Pact: stop dating the wrong guys and start dating the right ones – weirdos and jerks need not apply. Follow three friends in their quest to date the good guys in these heart-warming, laugh-out-loud rom coms. 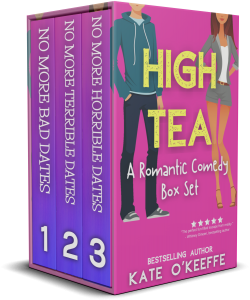 This is the complete High Tea series. Three full-length romantic comedies about the road to finding love, set in Auckland, New Zealand, the beautiful “city of sails.”

One story picks up where the previous story leaves off, so you can binge read all three of them together in one box set! 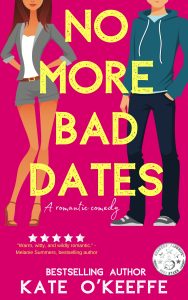 Twenty-five-year-old Sophie McCarthy’s career is virtually nonexistent, her family expects her to “do something important” with her life, and she’s totally sick of dating the wrong guys: the self-absorbed, the arrogant, the borderline criminally insane.

After she’s unceremoniously dumped during the vows at her boss’s wedding, she and her two equally disappointed-in-love best friends agree to help each other find decent guys to date. Together, they form the No More Bad Dates Pact: stop dating the wrong guys and start dating the right ones–weirdos and jerks need not apply.

When Sophie’s roommate Jason Christie–a.k.a. doctor-in-training and serial nurse-dater–joins the pact, he vows to weed out the bad ones for her. But with his rejection of every guy Sophie meets, she begins to wonder if he’s got an ulterior motive. And anyway, why does she always have so much more fun with Jason than with the guys she’s actually trying to date?

While desperately seeking her “happy for now,” could Sophie stumble into her “happily ever after?” 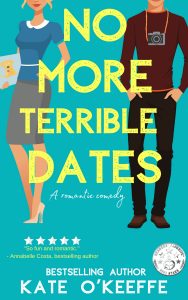 Twenty-five-year-old personal assistant Darcy Evans likes to be in control of her life. But there’s one thing she can’t get a handle on: men.

Sick of terrible dates, she makes a pact with her friends to only date good guys. But it’s tough out there. From the liars and cheats to the positively weird, where’s a modern day hero when you want one?

Then, when her boss buys an art gallery, Darcy’s forced to work with photographer Alex Walsh. He’s a blast from her past and definitely not hero material. Ridiculously handsome and charming, he’s all those distracting things Darcy doesn’t need, especially when she can’t forgive him for what happened back in high school.

With Darcy holding out for a hero, will she miss the perfect man right under her nose? 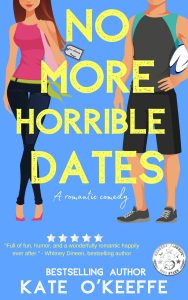 What do you do when you’ve agreed to a dating pact with your best friends, but you’re stuck in a fake relationship with the last guy you’d ever want to date?

Twenty-five-year-old Erin Andrews has got a problem. She works for the country’s most successful rugby team but a bitter past tells her all pro sports players are self-satisfied, arrogant jerks. There’s no way on this sweet Earth she’d date one. That’s why she agrees to a pact with her best friends to find good guys to date, and for her that definitely does not include guys like the “Wild Boy of Rugby,” Nick Zachary.

So, when Nick is in desperate need of a reputation rehab, the big bosses turn to her as the nice, ordinary girl who can get his image back on track. For Erin, being that girl is the last thing she would ever want to do. That is until she realizes just how much being Nick’s high profile fake girlfriend can do for her dream of becoming a fashion designer.

But playing this game of make-believe begins to feel real, and Erin wonders if the “Wild Boy of Rugby” could be her happily ever after…