This is the first book in the new It’s Complicated series about four London-based best friends turning 30 and looking for love – and finding it in the most unexpected places. 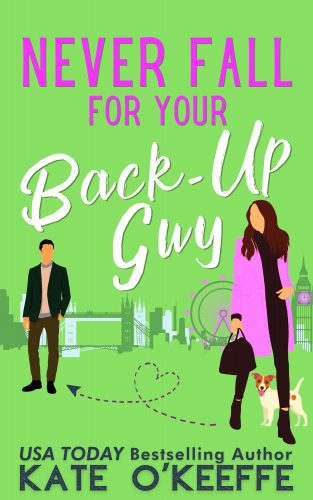 I’m the queen of dating disasters—I’ve had more rotten dates than you can shake a long stemmed rose at.  After years of one disappointment after another, I’m beginning to feel like I’ll never say “I do.”

So after being dumped one too many times I do something stupid:

I make a pact with my best friend Asher.  If neither of us are married by 35, we tie the knot.  That’s five full years of searching for The One.

But when I take a job redecorating Asher’s bachelor pad, I realize he’s a lot different from the guy I thought he was. Against all odds, I find myself falling for my best friend.  Maybe my back-up guy could be The One after all?

Except there’s only one problem…

My back-up guy has a secret that could ruin everything.

Catch up with all your favorite characters from the Love Manor Romantic Comedy series in this fun new rom com series. The first book is about Zara Huntington-Ross, Mr. Darcy’s younger sister.