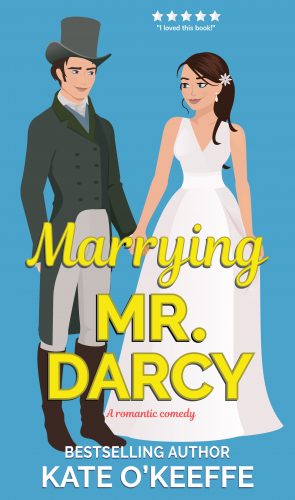 Is it a truth universally acknowledged, that a girl can humiliate herself on reality TV and still get her fairy tale ending?

Emma Brady is in shock. She fell in love with Sebastian Huntington-Ross on national television, showing everyone that opposites can most definitely attract. Now, he’s asked her to marry him and live happily ever after in his fancy English manor. It’s a fairy tale ending.

The problem is the TV audience wanted Sebastian to marry someone else. And in choosing Emma to be his bride, Sebastian could lose everything his aristocratic family has held dear for generations. Not to mention Sebastian’s formidable granny, who goes out of her way to make Emma feel like she doesn’t belong.

With enough hurdles to keep an Olympian jumping, can Emma and Sebastian find a way to stay together? Or will the pressures pulling them apart cancel their trip down the aisle? 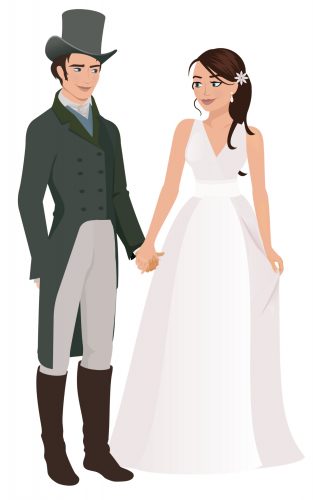 Unlike my other books, this series follows the adventures of the same couple. Consequently, the books in the Love Manor Romantic Comedy series are best read in order. So, if you want to get what’s happened before and know all the in-jokes, I suggest you start with Dating Mr. Darcy first.